Art for Sanity: Panel Magazine issue #9 launch and the exhibition 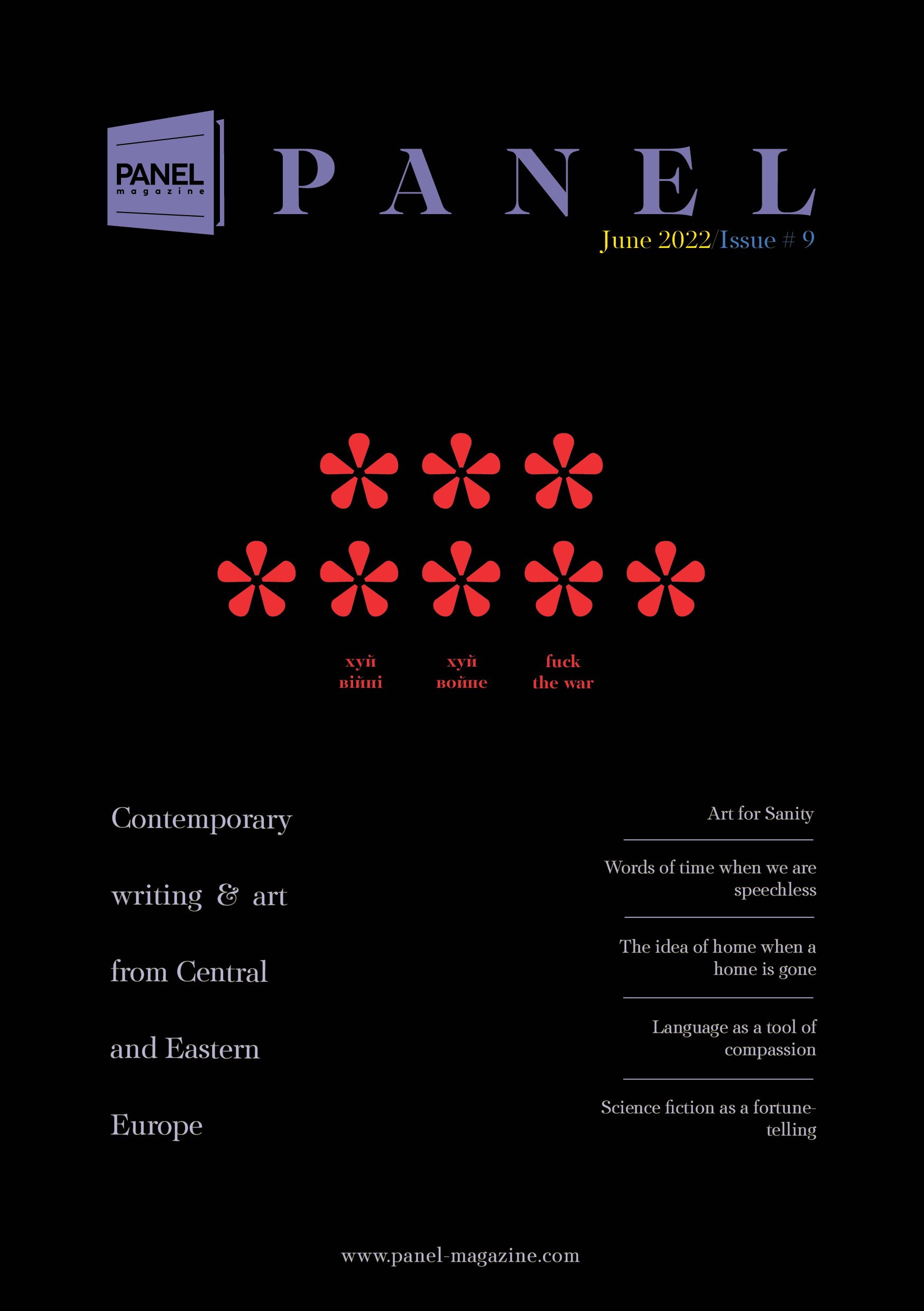 “we try to remember

when we begin to cry”

(After The Wars, Jeva Griskjane; featured in Panel's issue 9)

“Children contort their mouths into ugly shrieks, as the planes zero in. There is nobody to cover their eyes, no homes to take them in. The town they once knew doesn’t exist any more, so their minds have become a town of their own. I stroll the streets one by one, hoping to find something familiar. I do, everywhere I look.” (The Skies of Volnovakha, Anastasiia Denysenko; featured in Panel's issue 9)

The new issue of Panel was put together when many of us were facing grief, loss, death and fear. For some of us at Panel, the war in Ukraine has become a personal tragedy.

We believe that while people keep writing and making art, and there are people who are interested in other people's stories, there is hope.

The upcoming issue of Panel features:

The program of the launch includes:

The exhibition “Art for Sanity: Reverse Perspective of War” is a foundational part of the evening.

They say art is needed in all times. Art helps to preserve sanity.

We want to believe in that, too.

Art works will be available for purchase. The exhibition will last for 2 weeks after the launch.

The exhibition features works by Ukrainian and international artists, such as:

The event will be in English.

We hope to see you there.