June is the month the rainbows come out, although, in the region of Central and Eastern Europe, Pride is more than just colorful flags, but a form of rebellion.

Compared to Western Europe, much of the region is still hostile to the LGBTQ+ community, however where there struggle, there is creativity. We wanted to celebrate Pride by highlighting a few books of contemporary poetry and prose from LGBTQ+ writers in our region, but this proved to be harder than expected. It's not that there is a lack of poets and writers; just many have not been translated into or write in English. However, after doing a bit of research, we've been able to curate a list of books for you. However, if we’ve missed any writers or books, let us know as we’d love to read them! 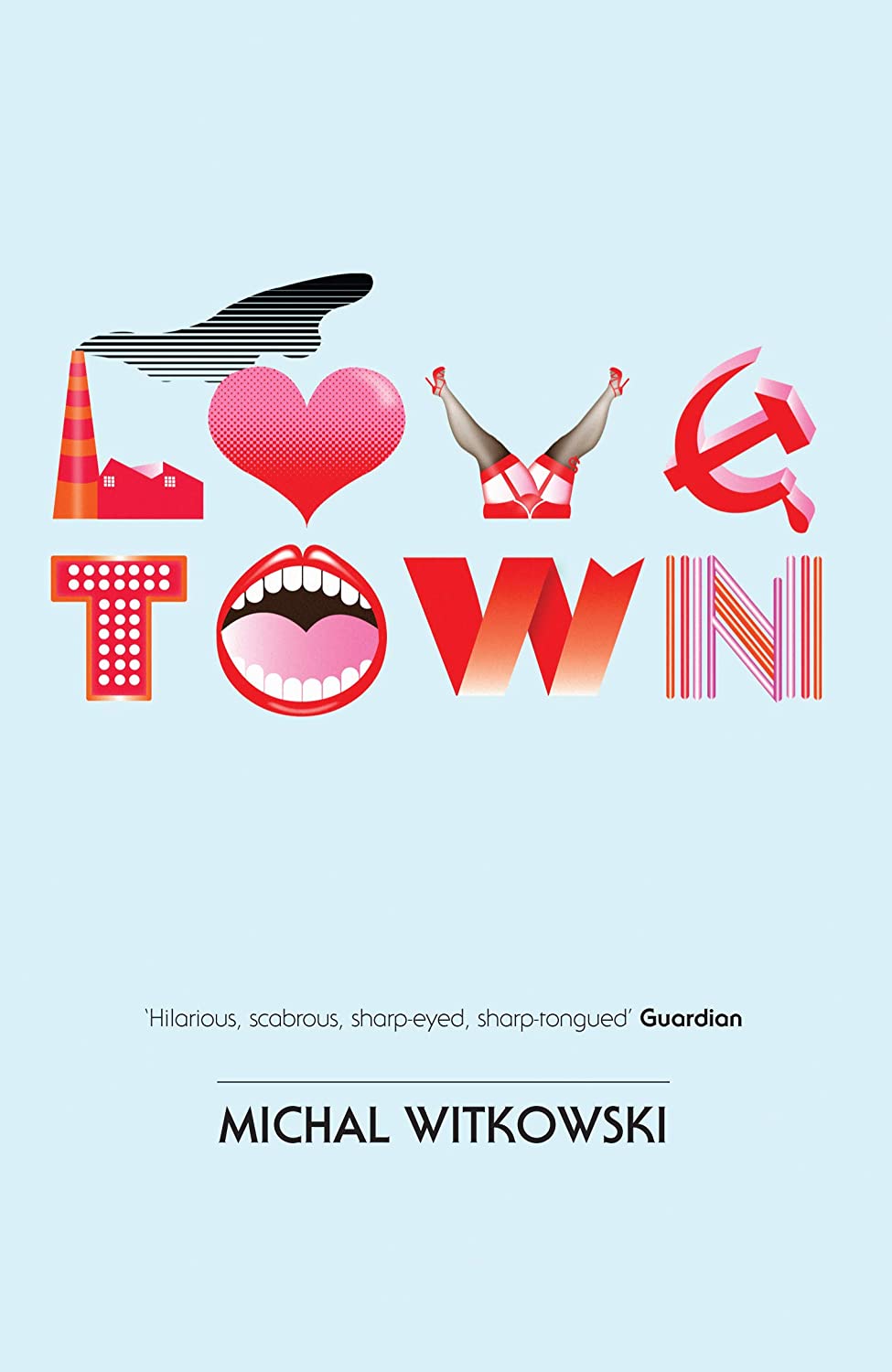 In a novel where the writer bears the same name as the author, Michal is a writer who is gathering stories for a book. He meets ageing "queens" Patricia and Lucretia in their crumbling flat in a Socialist-era tower block in Wroclaw before they head to Lubiewo, meaning Lovetown in Polish, a hedonist beach resort frequented by the young, trendy gay men in post-communist Poland. The duo, who go by the names of their feminine personas, regale Michal with nostalgic stories from their youth in the communist state of the 70s and 80s when their sexuality forced them to slip into an underground world of gritty, clandestine glamor in public parks and toilets. They mourn the end of an era where they lived in shame and secrecy when cajoling "straight" Russian soldiers into sex came easily.

The novel contrasts the old and new world of gay men, where communism and capitalism come to heads in a changing subculture. Lovetown is a graphic exploration of gay exploits in a time when homosexuality was criminalized. The award-winning author describes himself by the term homosexual, rejecting the gay label as he fails to identify with the gay community we know from popular culture, a theme the book incorporates into the narrative of his namesake narrator. 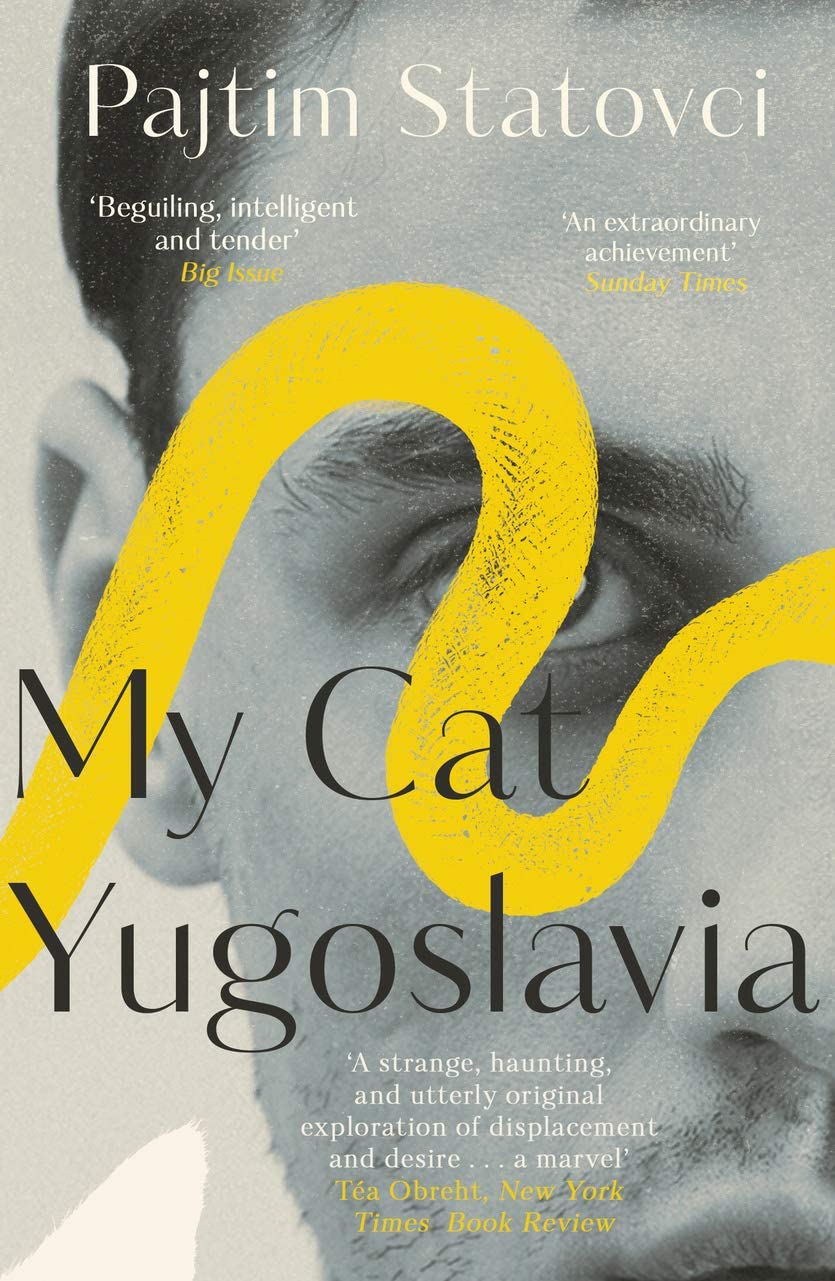 Kosovo-born Pajtim Stotovici's book depicts the struggles of Bekim, a Kosovan refugee fleeing Yugoslavia with his mother to Finland. Bekim is an outcast in the country he grows up in. Not only in as a Muslim immigrant in a country suspicious of foreigners, but he is also a gay man. The book takes a curious turn when at a gay bar, Bekim meets a talking cat who moves in with him and his pet boa constrictor. The cat is homophobic and patronizing, abusive even. As soon as Bekim brings the cat home, things begin to go wrong, and Bekim is forced to look at his life, his past, future and his Balkan roots, quite literally, as he returns to Kosovo to discover his family's history.

The novel also touches on his mother, Emine's life in 1980s Yugoslavia, when she is married off to Bajram, a man she hardly knows, at the age of 16. Her marriage is hardly the nuptial bliss she was hoping for as she becomes the object of her husband's temper, and soon she and her family flee to Scandinavia when the country is ripped apart by war. Emine's story intertwines with that of her son's, as a girl who grew up under Tito's regime and, like her son, yearns for acceptance and love in a xenophobic society.

Stotovici wrote the book in Finnish, but he shares many traits in common with its hero, who like Bekim was born in Kosovo to Albanian parents, and fled Yugoslavia in the 1990s to Finland. My Cat Yugoslavia is an original work of Magical Realism that delves deep into the pain labels may cause us. 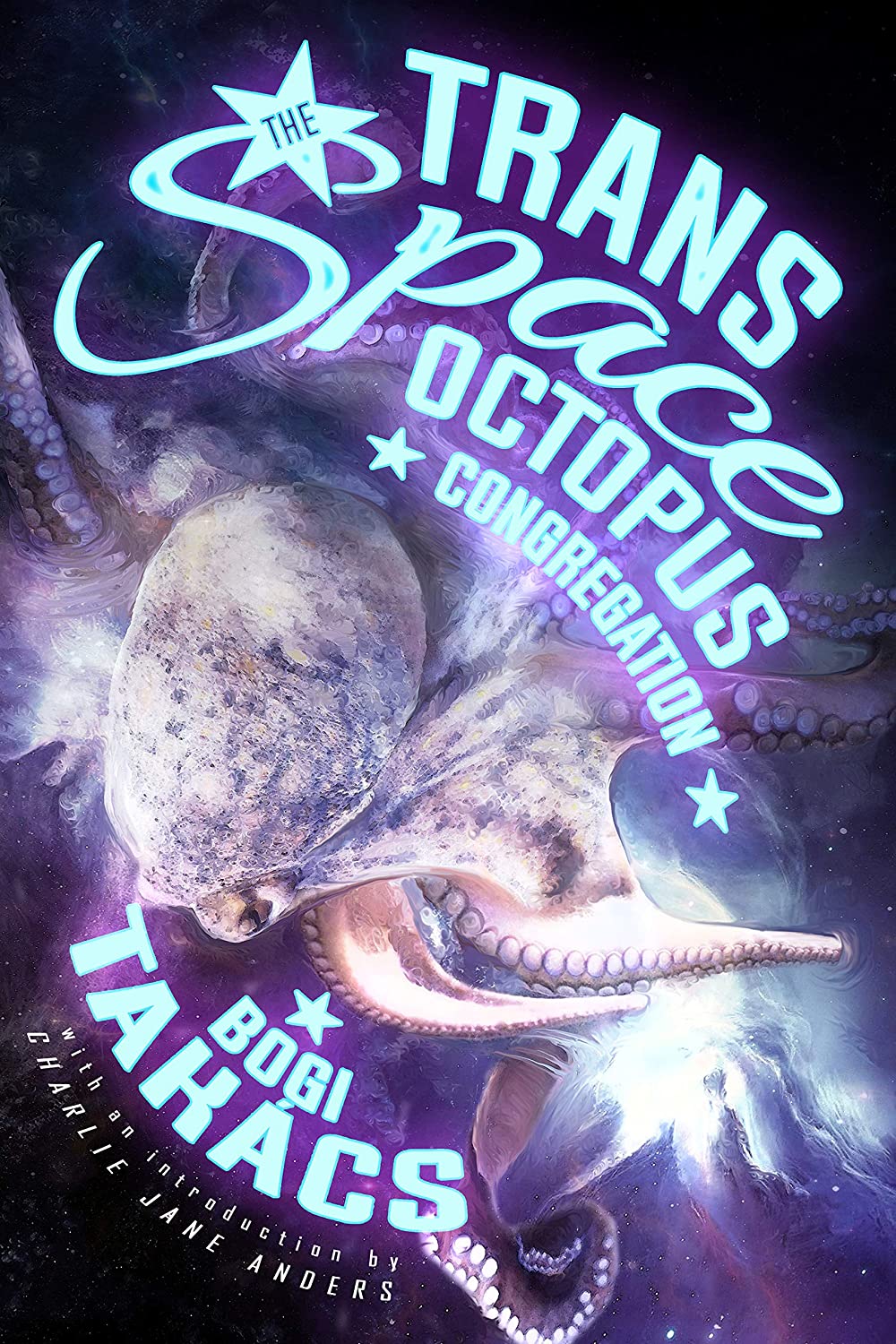 This short story collection of speculative fiction by agender Jewish-Hungarian writer takes you on a journey into a world where human's worst impulses come to life into space and the future. This is not your usual collection of science fiction stories, but Takács uses AI and aliens to examine the human condition, politics, and ethics, sacrificial violence that poses the question how much pain can a human endure or delves into the complex relationship between a parasite and its host.

Through their work, Takács puts emotion at the forefront of their stories to leave the reader thinking about themes that are closer to our world. If you like dark, speculative fiction or a love for the weird, you may want to get out their work. Bogi Takács earned a solid reputation as an editor, winning the Lambda Literary Award for Transcendent 2: The Year's Best Transgender Themed Speculative Fiction, but as a fiction writer, The Trans Space Octopus Congregation is their debut. 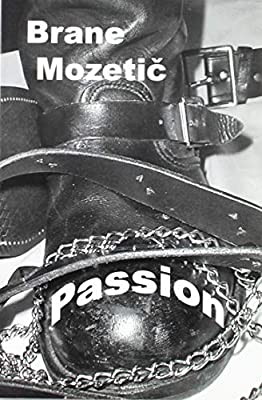 This collection of short stories by Ljubljana-born poet and writer takes you on a sexually charged journey through the dark side of gay life in Slovenia. The 35 stories in Passion throws the passion, sex, and violence through its visceral, poetic prose, and is not for those with a sensitive disposition. This anthology goes into dark places, very dark places, told from a detached voice that occasionally brings the reader into an uncomfortable intimacy. The stories in Passion cover themes of sadomasochistic violence, sexual brutality, and domination, but despite the controversial narratives, the prose elevates these dark topics into literary, perhaps even into beautiful territory through Mozetic’s writing.

Mozetic is an LGBTQ+ writer who should be on your radar, even if the nature of his work makes you uncomfortable. He's won awards for his poetry, has more than 40 books in translation in several languages, and has edited four anthologies of LGBT literature and several on contemporary Slovenian literature. If you want to start with his work, albeit more gently, you can check out his poems Dreams with the Dead in issue 2 of Panel. 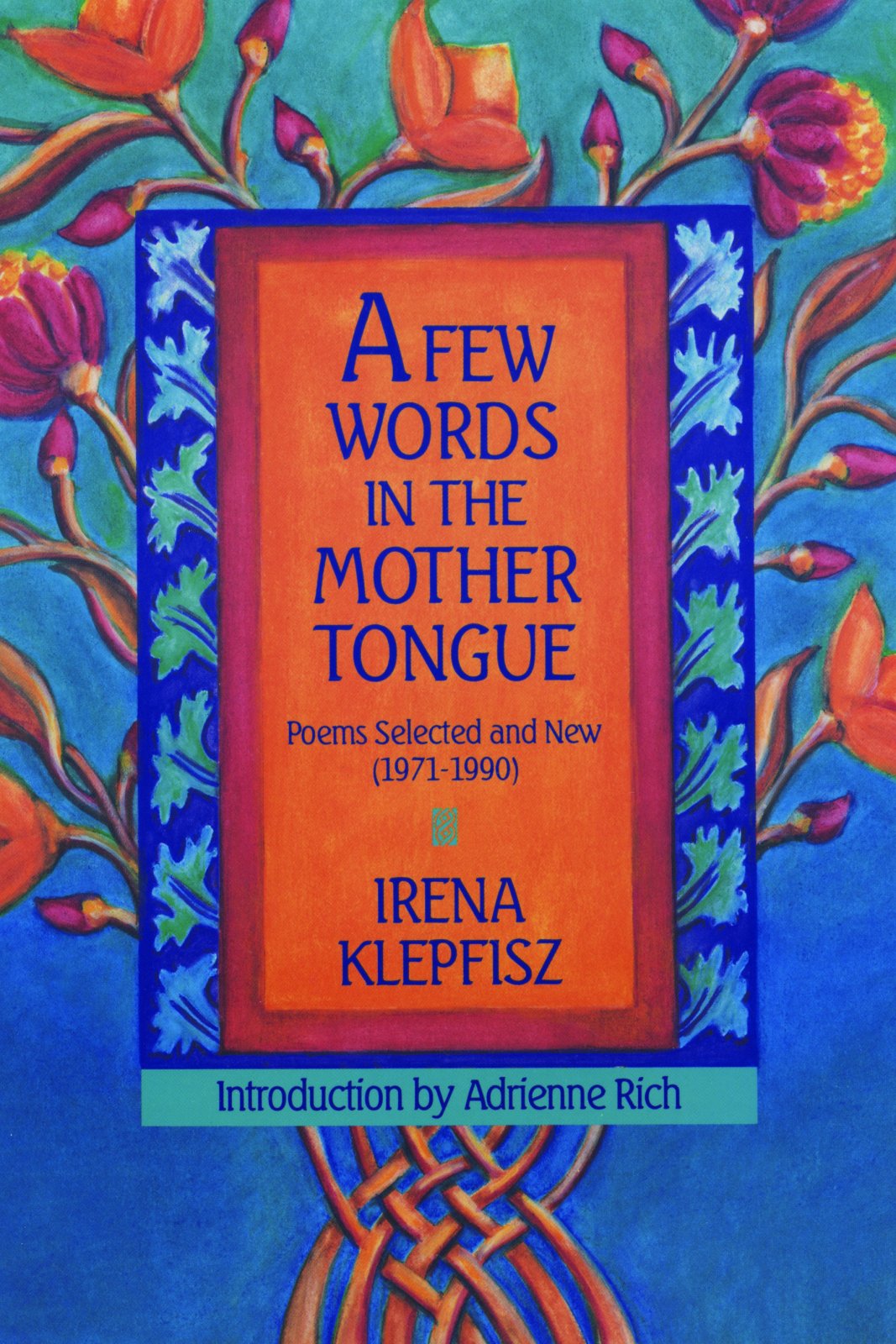 Although these poems were written in the period spanning from 1971 to 1990, Klepfisz, a Jewish lesbian poet from Poland, is a prominent name to mention in the Central and Eastern European LGBTQ+ scene. Her life moved in parallel with the formative events of her country, as she was born in the Warsaw Ghetto in 1941, escaping with her mother into the countryside at the age of three, after her father was gunned down in the ghetto resistance.

This collection of her was nominated for a Lambda Prize in poetry, and she has become a celebrated bilingual poet and feminist activist. Her poetry in this A Few Words in the Mother Tongue takes you through history, examining under the lens of poetry, probing into the topics of memory, family, cultural history, and above all--love and survival. 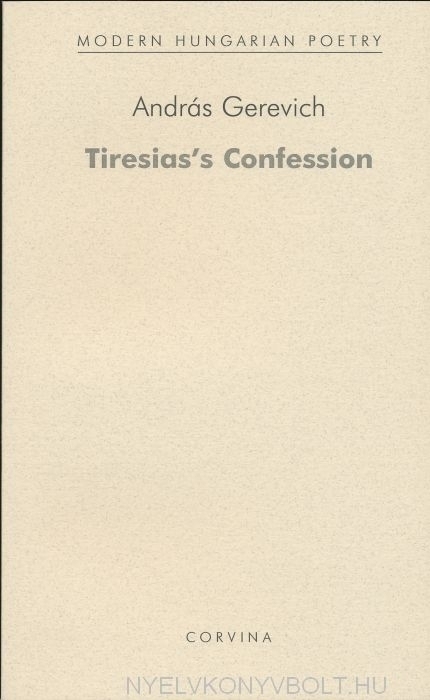 Gerevich's poetry is charged with intimacy, and Tiresias's Confession, a collection of poetry, is no exception. Tiresias's Confession mixes up poetry that is confessional and personal with those drawn from Greek mythology from the titular Tiresias to Odysseus and Patroclus. Gerevich's poetry circumnavigates the globe with stanzas set in Hungary, London, New England and the lush rays of the Mediterranean. A curious feature is that the book of poems has been translated by five different translators, which give his poetry an extra depth and diversity as each translator brings out different elements of his work. You can see his poem Getno in the first issue of Panel, translated by Christopher Whyte.